This week’s episode of the ‘Wine and Wisdom’ show is with the incredibly courageous Mark Aiston who has overcome years of addiction to cocaine, binge drinking and gambling. Not only did this cause him to lose his job but he also lost his marriage. Don’t miss this inspiring episode where he bravely shares how he overcame his demons and how he has rebuilt his life. 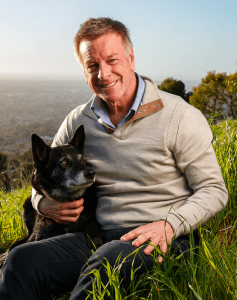 Mark Aiston has worked in the Australian media since 1980.

Initially starting as a race caller, then moving into television at the ABC and from 1996 mark was the chief football reporter and sports host at Network Ten.

During his tenure at ten Mark worked on many nation sporting programs including The Sydney Olympics, Bathurst, The Indi cars, Moto GP, The Sydney to Hobart, The Melbourne Cup, Clipsal 500 and the World Netball Championships.

Mark has also hosted a number of major radio shows including breakfast at Mix 102.3 and Five AA.

Mark is a major advocate for mental health and addiction.

In 2017 Mark’s life changed dramatically when he lost his roles on television and radio and his marriage collapsed.

All due to his own mental health and addiction issues.16 months ago Mark went to Melbourne and stayed at the harder Clinic, a rehab facility.  Since then mark has been clean and is re-building his life.

Mark runs Mediainsider, a media training and communications business and is a keynote speaker focusing on his life, and how he is working this way back from the black hole.

Mark has a dog Jack, which he says is the love of his life.