Having an Olympic dream postponed is a hard blow when you have sacrificed so much over the last four years (a lifetime) to prepare for it. In this episode, Sharni and I discuss: 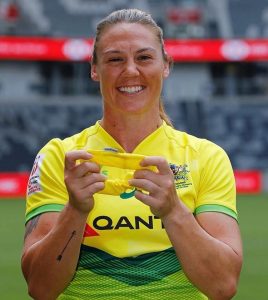 A true pioneer of Women’s Rugby, Sharni made her international debut for Australia playing 15’s against New Zeal& in 2008. Since Sharni’s debut, she has represented Australia at four world cups, won an Olympic Gold medal & a silver medal at the 2018 Commonwealth Games.

The current captain of the Australian Women’s Rugby Sevens, Sharni has proven herself throughout the world as one of the most all-round players within the game.

A passionate ambassador for women’s sport, & the growth of grassroots rugby, Sharni is now looking to share her wisdom & knowledge to give back to rugby lovers all over the world.