Our pets are like angels in fur. They bring us joy and they give us purpose, and this has never been more apparent than during this period of self-isolation.

You can either watch the Q&A here or read the full transcript below. 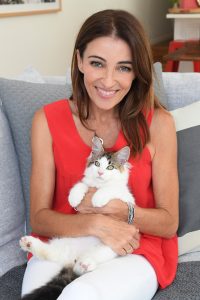 Dr Katrina Warren is one of Australia’s most recognised veterinarians and pet experts with a media career spanning over 20 years.

An established and trusted expert, her beginnings on Totally Wild, followed by her long standing role as co-host of the Seven Network’s hit television show Harry’s Practice from 1997 to 2003 ensured she became a household name for promoting responsible pet ownership and animal welfare.

Dr Katrina has been the host of Talk to the Animals, regular vet on The Today Show as well as appearing regularly on Today Extra and Studio 10. She has featured in dozens of network productions. In the USA, she hosted Beverly Hills Vet and 3 series of Housecat Housecall for Animal Planet. Further in the media, Katrina has co-hosted 2GB’s weekly radio show Talking Pets, is a monthly columnist for Reader’s Digest Magazine and has written 4 books.

Dr Katrina is also a sought after and accomplished MC, she has hosted everything from family pet events, charity fundraising events and huge live televised events, such as Carols in the Domain. Dr Katrina works around the country with the talented Wonderdogs, a team of impeccably trained border collies that do tricks and training demonstrations at family events, product launches and corporate gigs.

As a recognisable and trusted influencer within the pet industry, Katrina has worked with dozens of brands in the pet space such as Blackmores, Bayer, Royal Canin, Eukanuba, Black and Decker, Houndztooth, Snooza, KONG and many more to strengthen their message to consumers.