This World Record Holder Has Taken Courage To Another Level

Not only does it take exceptional physical courage to set two adventure world records, but it also takes incredible mental courage. In this episode, Justin and I discuss: 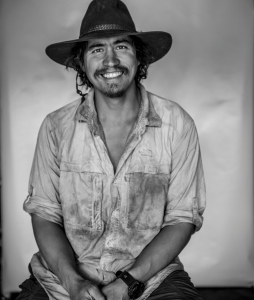 His expeditions have taken him to the very corners of the world. From the depths of blizzards in Antarctica, to the terror of 10 metre waves towering above – in a storm at sea and the suffocating heat in the heart of the Outback. He currently holds two Guinness World Record and a place as one of Australia’s 50 Greatest Explorers of all time.

In 2008, Jonesy along with expedition partner, Cas, paddled a kayak unsupported from Australia to New Zealand. They kayaked paddling 3318 km over 62 days.

In 2012 he then skied 2275km from the edge of Antarctica to the South Pole and back over 89 days, completely unsupported setting another world first. It became the longest unsupported unassisted polar expedition ever undertaken.

In 2017 Jonesy, his wife Lauren, and one-year old daughter, Morgan undertook an 1800km trek across the Australian outback. For 102 days they lived wild, attempting to challenge the belief that you can’t lead an adventurous life and a family life at the same time.