Can you laugh in the places you have cried? 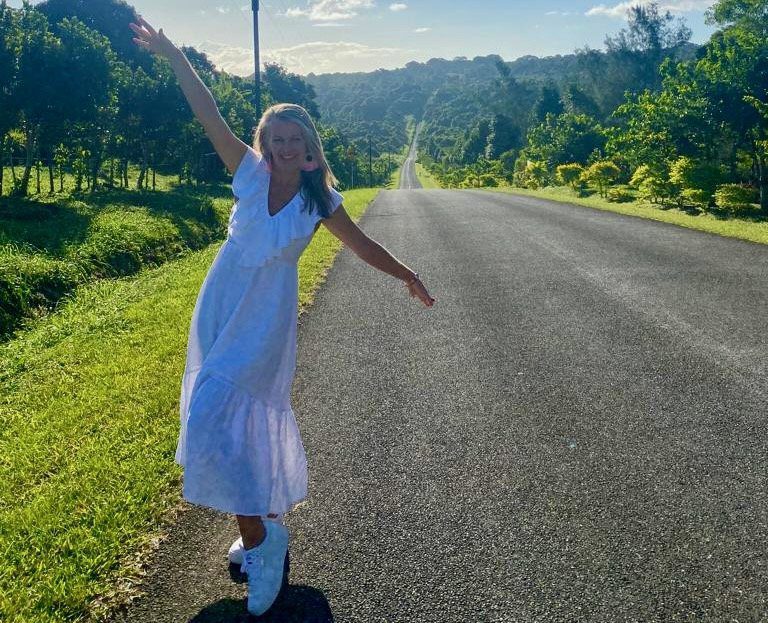 Recently I returned to a place that had caused me great sadness, trauma, loss and betrayal. For the last seven years I have hung on to all those feelings and felt them deeply in every cell of my body. There were some really dark times during those seven years and it felt like I would never be able to return to that country (Vanuatu) due to the impact that the violent crime had on my life.

You can read about this story in full in my book called, Her Middle Name is Courage or a shortened version in this article that was published by Mamamia.

In a nutshell, Vanuatu had been a second home for me since I was a 20year old teacher who went there for the first time to teach in a secondary school. During that time, I fell in love with the country, the people, their community values and their strong sense of family.

Unfortunately though, education was not accessible for the majority, so when I left, I vowed as that young educator that somehow, someday I would come back and make whatever difference I could to ensure more children had access to a good education because it is my belief that education changes lives.

Many years later, I succeeded in accomplishing that goal and for 13years my team and I worked with local communities to deliver literacy and girls empowerment programs.

Sadly though, during one of my trips back leading a team of volunteers to help us rebuild the library we had built that had been ruined by Cyclone Pam, we got caught up in some local cultural conflict that had nothing to do with us, and on our second night there, petrol bombs were thrown at our bungalows with the intent to burn us all alive while we slept.

As I have said above, you can read more about what happened that night and in the aftermath in my book, but today I would like to share with you what I learnt personally and professionally from that petrol bomb experience.

1. To Focus on the Right Gap

For such a long time I have focused on everything that I lost after that event. It felt like there was such a big gap between where I was in life and what I had expected my life to be.

What this trip did was remind me of all the things that I had gained throughout my life because of my times in Vanuatu from when I was that young, starry-eyed teacher. Going there when I was twenty years of age was a sliding door moment for me and I know for sure that my life would not have been as fulfilling as it has been if I had not gone.

This is when I realised that it was time to start focusing on everything I had gained due to my time in Vanuatu. No-one can take those memories away from me. They are imprinted in my life and despite it all ending in such a shocking way, there is no reason why I can’t remember all the good things. There is no reason why I can’t focus on the right gap. The positive gap. The growth gap.

Returning to Port Vila and laughing in the places where I had cried has made such a difference in the way I view my life again. It gave me the confidence to be proactive and change the way that story about ‘Heidi in Vanuatu’ ended.

When I was focusing on the gap of everything I had lost, I was casting a very dark shadow over myself and everyone around me.

As professionals we have to be so mindful of the shadow we are casting on everyone around us at work. It doesn’t matter if we are the CEO or the intern, how we show up each day, impacts everyone around us. Of course, we are human. We all have things in our personal lives that are really tough – ill-health, loss, grief, heartbreak, financial distress – all of it can make us want to pull the doona over our heads and or bite everyone’s head off or sap the energy from each room we walk into.

I never ever want to be that person again. Yes, I know for sure that many people would not have known what I was going through and I was able to successfully “fake it till I made it” on many days, but the truth is, no one was really getting the best of me because I was expending so much energy trying to remain the ‘sparkly’ person everyone expected, that I wasn’t authentically me.

Do you know the shadow you are casting in your workplace due to what is going on in your private life? Or perhaps it is the other way around. You are casting a dark shadow on those you live with due to the issues you are having at work?

I made decisions leading up to the petrol bombs being thrown at myself and my team that were the wrong decisions to make. Of course, this is easy for me to say now on reflection, but I have absolutely flogged myself over the years because of the decisions I made back then.

This of course, has not been helpful to my recovery. Guilt and shame do not go side by side with healing.

Over the years I have tried to let it all go, telling myself that I did the best I could under the extreme circumstances, but I never really forgave myself.

That was until I was interviewing David Knoff, author of 537 Days of Winter about his time as a leader stuck in Antarctica during the pandemic on my Wine and Wisdom show and what he shared with me finally allowed me to move forward without that cloak of shame and guilt.

He told me about the decisions he had made during that time that he wished he hadn’t. He then reminded me of the following words from Theodore Roosevelt and it hit me like a sledgehammer how relevant this was to my situation. (I have made slight changes to this passage to improve the gender bias pronouns that were originally written).

“It is not the critic who counts; not the person who points out how the strong person stumbles, or where the doer of deeds could have done them better. The credit belongs to the person who is actually in the arena, whose face is marred by dust and sweat and blood; who strives valiantly; who errs, who comes short again and again, because there is no effort without error and shortcoming; but who does actually strive to do the deeds; who knows great enthusiasms, the great devotions; who spends themself in a worthy cause; who at the best knows, in the end, the triumph of high achievement, and who at the worst, if they fail, at least fails while daring greatly, so that their place shall never be with those cold and timid souls who neither know victory nor defeat.”

When David introduced me to this passage it was like a great weight had been lifted from my shoulders. I was in the arena, marred by dust and sweat and blood. I did strive valiantly. Yes I made errors but I didn’t make them because I was a bad, incompetent person, I made them because I was faced with a situation that one could never expect on a tropical island in the Pacific.

As humans, we make mistakes. As I often say during my keynote presentations, ‘Perfection is a Fairytale’. We are not always going to make the right decisions at work about our projects, our people or the best way to make a profit. We are all fallible, and in fact when we can make mistakes without the fear of shame, guilt, ridicule or demotion, that’s when we can really soar. Success in business and life comes from taking risks but if we are too scared to step outside of our comfort zones due to the fear of stuffing up, then we stay stagnate. Teams that embrace fallibility are the ones who surpass their competitors.

3. The Power of Connection

We all know that being connected with good humans helps us when times are tough. Having support people to lean on is absolutely crucial when we are going through challenging times. I know I wouldn’t have made it through after the initial event if it wasn’t for some incredibly special family members and friends.

What has surprised me though, is that on this recent trip where I went back to close the loop, I had family and friends volunteer to come with me and support me because they knew that it would be such an emotional time for me. They gave up their annual leave days and their time with their families so they could stand by my side. They spent their hard-earned dollars so they could help me unlock all my good memories. Can you believe that I could be lucky enough to have such special people in my life that were willing to do this for me? I had so much anxiety in the week leading up to getting on that plane but they all nurtured me and help a space so I could feel all my emotions and move through all those emotions. Without them, I am sure the outcome would have been very different.

We know that feeling connected and that we belong is a crucial component for us all to feel psychologically safe at work.

If we feel like we belong and are connected to others at work, oxytocin the happy hormone is released and when this happens, we work together more effectively.

If we feel isolated and disconnected at work, cortisol the stress hormone will flood our body and when this happens, effective performance is pretty much impossible.

Gaining post-traumatic wisdom from our challenges doesn’t occur overnight and it definitely doesn’t come easily. But we do only have one life and when we can learn something from the adversities we go through it helps us to continue to move forward and persevere through the curveballs and cannonballs that we can’t control. Although I would never wish trauma on anyone just so they could learn something new, it definitely has created opportunities and wisdom for me that I would never have known if I didn’t go through those hard times.

To read the full back story about how and why this all happened in the first place, you can purchase a personally signed copy of my Amazon best-selling book called, ‘Her Middle Name is Courage’.

I deliver practical programs to empower leaders and their teams with resilience, self-leadership and wellbeing education (just like what you’ve read in this blog) to ensure they can move forward during challenging times. 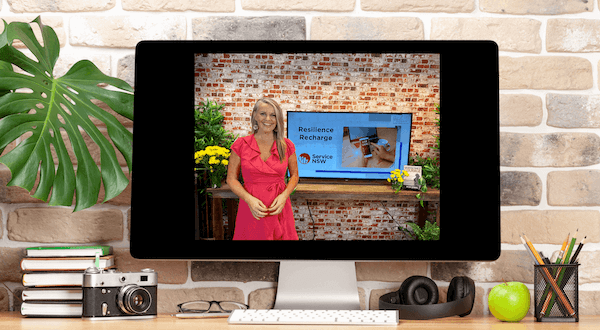 Click here to read more about the valuable outcomes you can expect from investing in my engaging masterclasses.